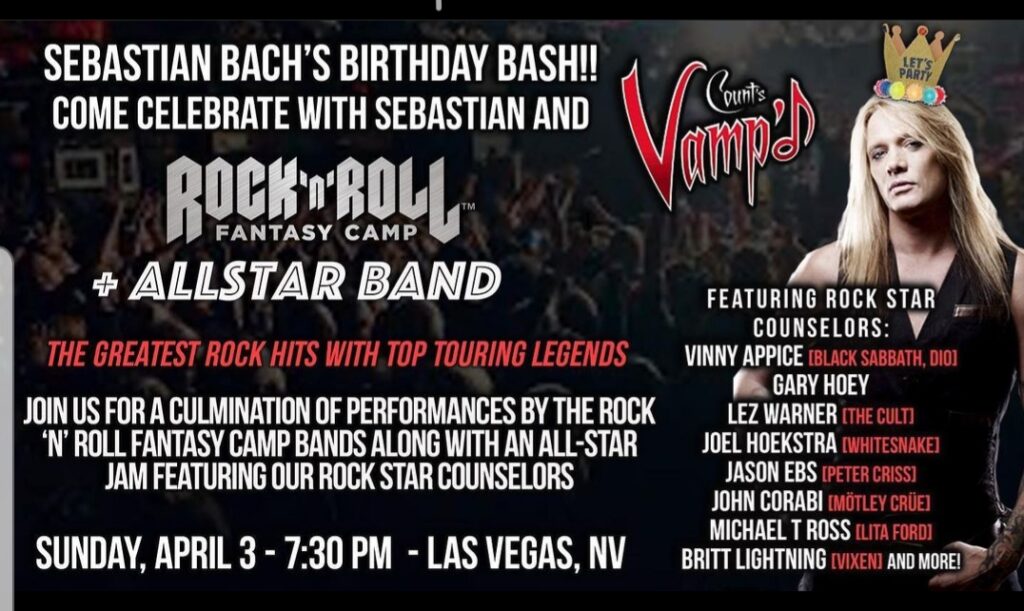 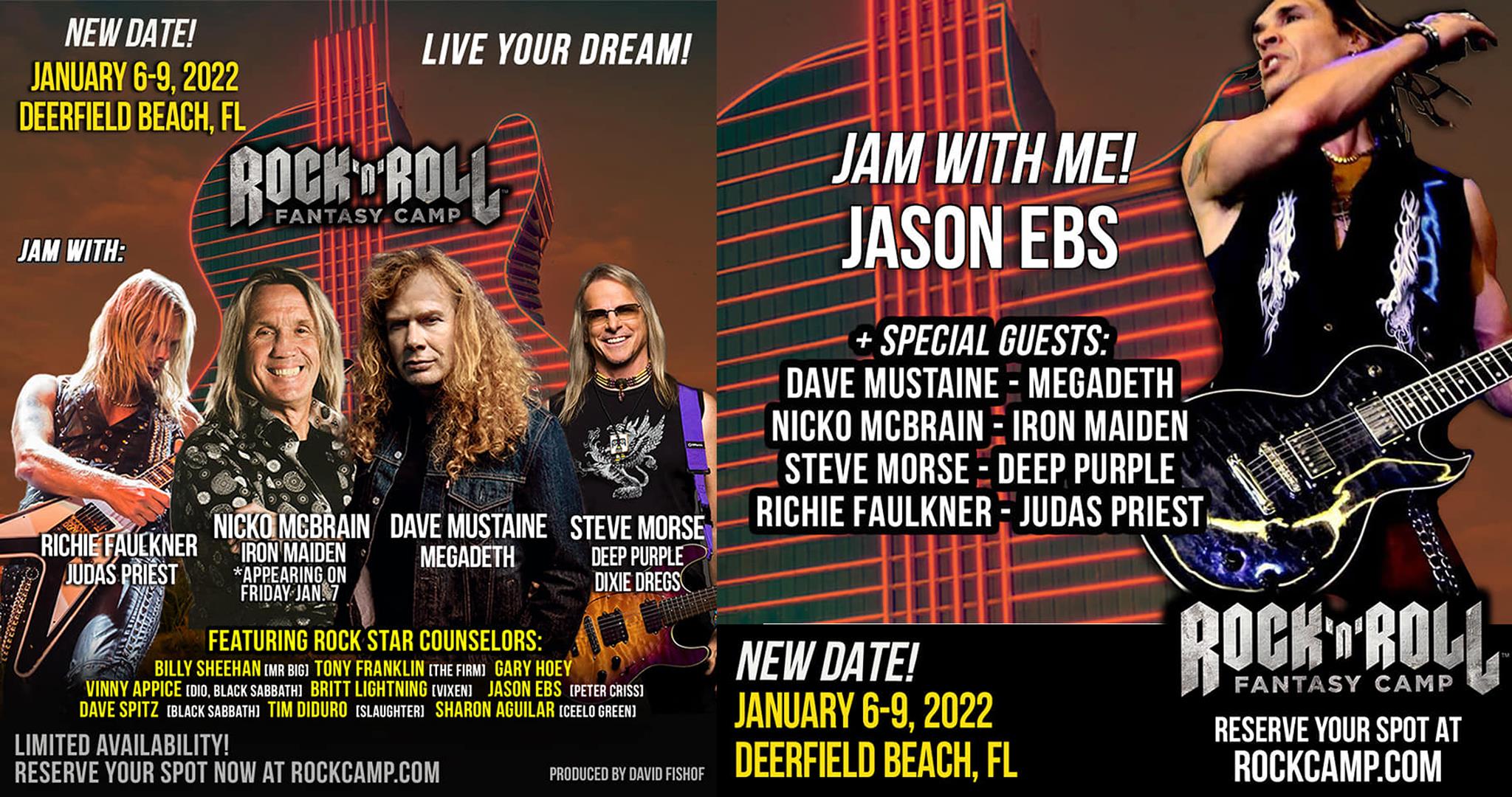 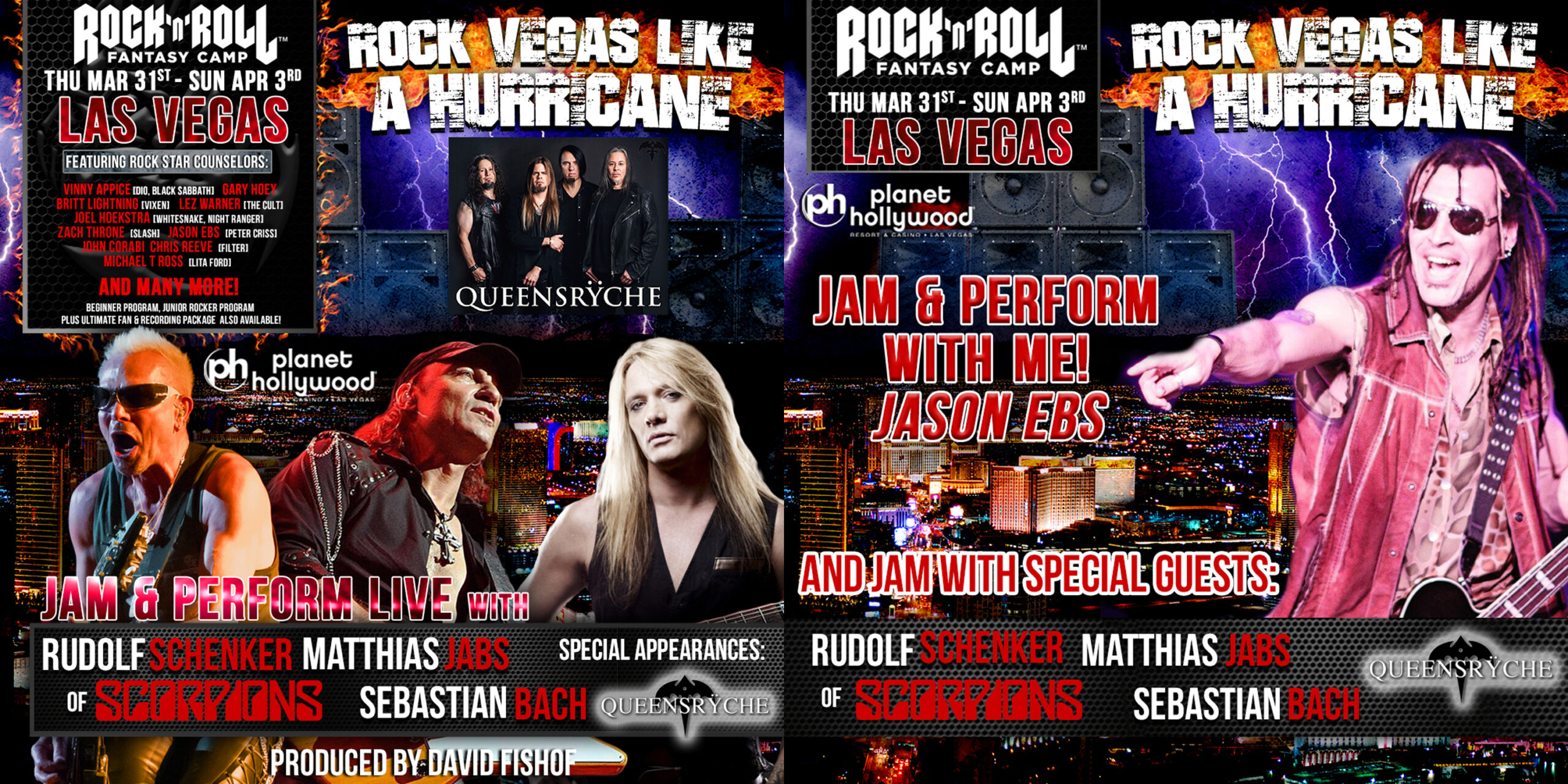 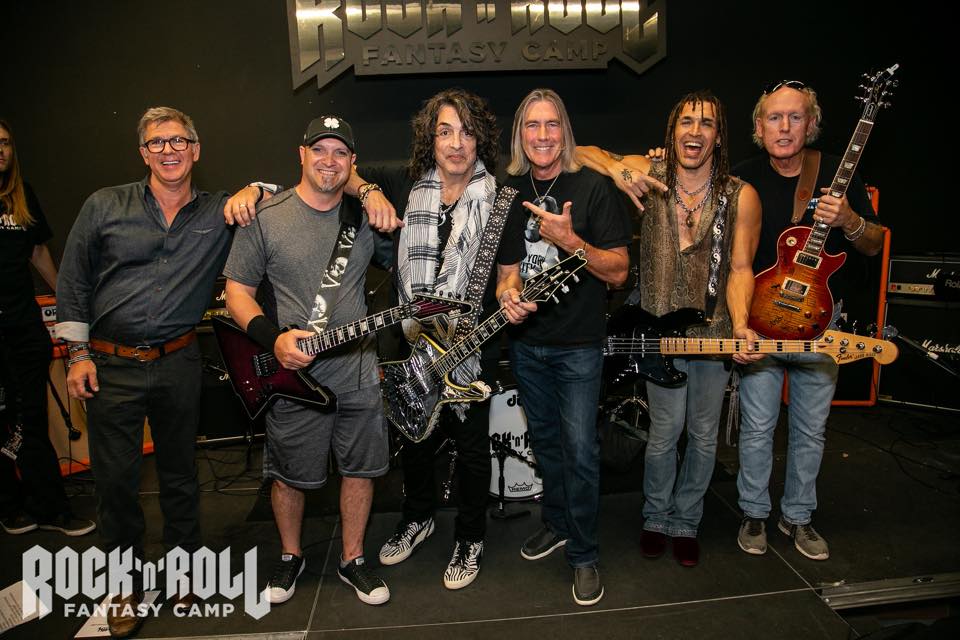 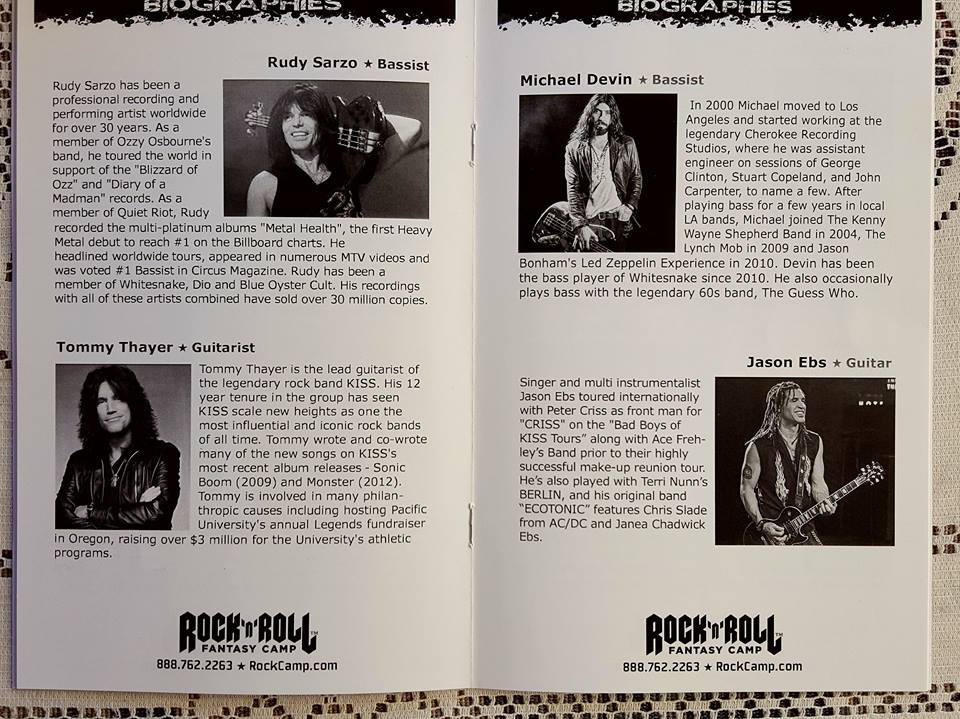 As a Counselor, I guide my band of ‘campers’ as they learn songs in preparation to perform with legends like Joe Perry, Steve Vai, Orianthi, Michael Anthony, and my fellow rock star counselors such as Elliot Easton, Gary Hoey, Franki Banali, Tony Franklin, Teddy Zig-Zag, Joe Vitale, Alan White, Denny Seiwell, Alan White, and many others. They then get to perform live onstage at the House of Blues Las Vegas in Mandalay Bay in front of a live audience. It’s a life-changing experience for the campers and we counselors also have an amazing time jamming with each other:)  I also teach a master class on Vocals and maintaining your voice in the rock and roll realm, which is particularly important as campers adjust to the dry Vegas climate.

Ebsworthy Sounds is a Record Label & Studio owned and operated by Jason Ebs & Janea Chadwick Ebs.  Based in Las Vegas, the Studio specializes in recording select bands & producing music for Film & TV.  It also serves as the main studio for the recording of their bands ECOTONIC, SWAGGERMOUTH, and Jet Velocity.  With a large catalog of songs published through Kinky Organ Music (BMI) and World of Wishes (ASCAP), the songwriting team of Jason & Janea are sure to have the songs to meet your licensing needs. Ranging from the most delicate of acoustic ballads to the heaviest of Rock & Roll, they’ve enjoyed multiple placements on networks including CMT, The CW, FOX, and others.  And if for some strange reason they don’t have the song that you seek in their catalog, they specialize in writing for particular topics and recording it in lightening speed in their studio, either playing everything themselves or utilizing their deep roster of amazingly talented and well-known musicians.  For more info call James Edwards @ (725)-205-8740 & email EbsworthySounds@gmail.com. 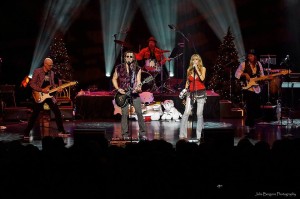 They were the first band ever to perform at a televised USA Wrestling event for the semi-finals championship on April 19th 2014.

They are actively involved in performing for Charity Events as well as Corporate Functions & Showrooms. Available for hire for your function, play the best songs from today and yesteryear.

Currently completing their acoustic CD “Out of the Ashes” and working on new material. Their new CD “Sound Bites” is available on iTunes, as well as their debut cd “Electrified”. The CD’s are to be released under his company “Kinky Organ Music” publishing (BMI) & recorded in his studio Ebsworthy Sounds. 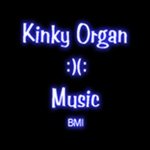 Kinky Organ Music is Jason’s publishing company through BMI & handles his large musical catalog. Kinky Organ Music has placed music in various films and in television shows on networks including FOX, CMT, the CW, and at the USA Wrestling semi-finals in Las Vegas streaming live on Universal Sports. With a large variety of songs, instrumentals, and music cues, you are sure to find what you need for your placement needs. Contact James Edwards at 818-212-4158 or KinkyOrgan@aol.com.

Upload your music for free at ReverbNation.com

Send Newsletters to your fans from ReverbNation.com

Learn how to get a song on itunes at ReverbNation.com